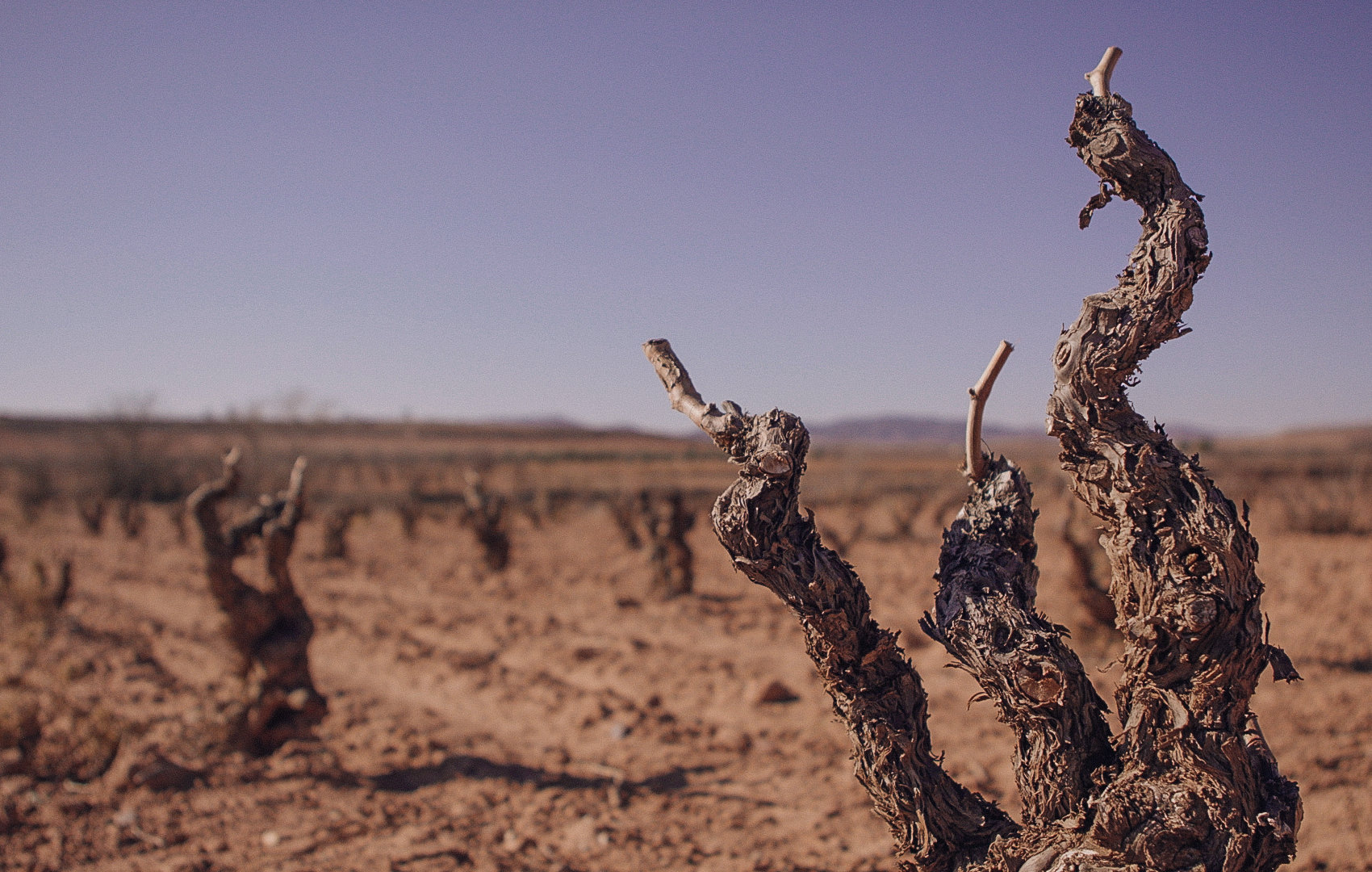 Garnacha is the most grown grape variety in Spain and is also very common in the French regions near the Mediterranean Sea. Its origins appear to be Spanish, although that could be related to the time when Sardinia was part of Aragon’s territory (1300-1700). In Sardinia, Garnacha is known as Cannonau.

The Garnacha family is immensely broad and appears in all types of wine. Garnacha Blanca, Gris, Tinta, Tintorera, etc. give us both dry and sweet wines, white, red, rosé, still and sparkling. It is one of the grapes with which you’re allowed to produce Cava.

Garnacha can be grown in abundance in a warm and dry climate and is often used for rosé wines and easy-going red wines. This is due to its light colour, the high levels of sugar and the soft tannin flavours. However, the situation changes completely once the Garnacha vines have to fight to survive. Higher altitudes, major temperature shifts and strong winds lead to much more compact clusters. These can contain both plenty of sugars and plenty of acids, precisely what is needed to produce top wines.

The last twenty years, people have started seeing Garnacha differently. Regions such as Priorat, Montsant, Calatayud, Campo de Borja, Emporda in Spain and Collioure, Banyuls, Maury and the entire southern Rhône region in France produce wines that are not only concentrated but also extremely elegant.  The grape variety is also becoming increasingly popular in the New World, such as South Africa, California and Australia.